If you haven’t read my post on “E-squared” by Pam Grout and the book’s experiments that I’m trying (and documenting), I suggest reading that first so my experiment posts make sense. You can read that first post here.

Albert Einstein’s famous equation showing that mass and energy are two forms of the same thing is well known, but not as well understood. Energy is vibrating particles and although you can’t see it, you can influence how it flows through you. Grout asks you to do a simple experiment that she learned from energy pioneer Donna Eden in which you are asked to cross your arms at the wrists and feel for energy. Okay… 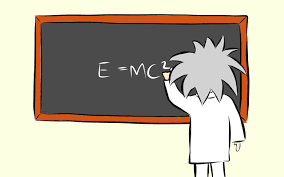 I guess I felt some sort of energy? I can’t really tell, to be honest. So, onto the next phase. Grout asks you to use two wire coat hangers. Untwisting the necks, make two straight wires out of the hangers. Grout dubbed these “Einstein wands”. Nice. Shaping them into an “L” shape, you then slide each handle, which is about 5 inches long, onto a half of a plastic straw. Bend the bottom of the hanger to hold the straw in place. While you recall a vivid memory that’s unpleasant, the wands will either stay straight ahead or will point inward, tip to tip. How the wands move is based on the intensity of the vibrations of your memory. If you think of something joyous, the wands should move outward.

Using these makeshift dowsing rods, I attempted this experiment. I want to note that finding wire hangers was harder than I anticipated. That said, I wasn’t really into this experiment. It felt awkward holding these rods, to be honest. Not one to give up, I decided to keep going with Grout’s experiments regarding the law of attraction in general. Yesterday, as I was driving and trying to remember where I had left a necklace, I couldn’t remember where it was no matter how hard I tried! It was incredibly frustrating, let me tell you. The more I tried to remember, the less I got figured out. Yet, I knew I had put it somewhere not too long ago and the memory of where I had placed it was locked away in my mind somewhere. Usually I would keep trying to remember, growing more and more frustrated until I either found it or gave up altogether.

This time, however, I decided to give Grout’s experiments a try. Could I manifest the necklace? You bet! Let me explain how I did it. While driving, I shifted my thinking in a way I had never done so before. First I calmed down, clearing my head and taking deep breaths. I focused on the necklace, telling myself that I knew where I had put it and feeling confident that I would remember where it was. As soon as I truly knew I would find it, I did! I’m not even kidding, it was almost instant. It popped into my head and I rushed home eager to look in the one spot I believed the necklace would be. Sure enough, there it was! I’m actually still a bit in shock. This isn’t something that’s normal for me. I’ve never had this sort of thing happen before and now I’m truly a believer.

So, I like to think that this experiment was a success only because Grout’s point was made clearly to me. Even though the actual experiment itself wasn’t much of a success, overall I’m becoming more of a believer with each experiment I complete. I’m about to start on Experiment #4. Wish me luck!

What about you? What are your thoughts on the law of attraction? Positive thinking? Manifesting things into your life?

Shop more of my closet on Poshmark

Came across this rad set of “spooky” pins and had to wonder why a book store is in this mix? Like how terrifying is Barnes and Noble really tho? I mean....😒#books #bookstore #pins #spooky #scary #writer #writersofinstagram
Sometimes certain #Halloween decorations really speak to me on a personal level 🎃📚 @michaelsstores #michaels #writer #writersofinstagram #wattpad #author #writerslife
Happy Labor Day weekend! I’m just over here waiting for Halloween...🎃
#mercuryretrograde #mercuryretrograde2019
It’s official! I’m now a @Wattpad Ambassador! 🎉 I’m so excited to be a part of this team and can’t wait to contribute 💕 #wattpad #ambassador #wattpadambassadors #bookstagram #books #writersofinstagram #amwriting #read #reading #book #fiction #yafiction #ya
@schittscreek